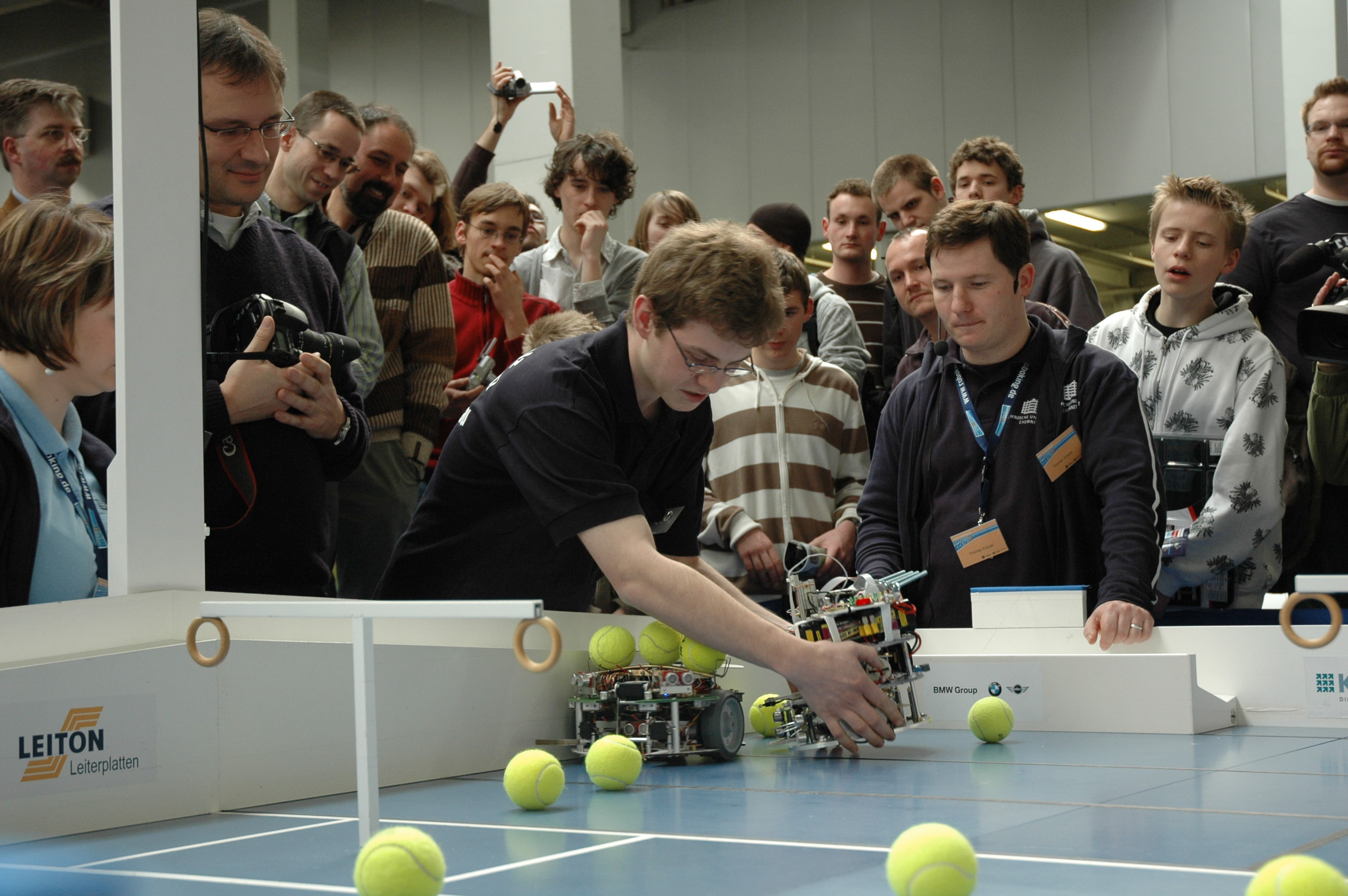 RoboKing was an annual robotics challenge for high school students between 12 and 19 years of age. It was organized by a team of students and research associates working at the chair of Automation Technology at Chemnitz University of Technology in Germany. Our goal was to raise student’s interest in robotics and engineering and computer science in general, and to motivate them to study an engineering subject at university. I was part of the organizing team during all these years, which was both a great fun and a fantastic experience

The participating students had to build and program a fully autonomous robot that had to solve a challenging task against an opponent in an arena. Every year we created a new challenging scenario that required a fairly complex autonomous robot. Compared to other similar robotics contests, RoboKing was quite challenging. The scenarios (see below) allowed for complex strategies and often offered multiple ways of gaining points – or decreasing your opponent’s points.

The finals of each RoboKing would be held at CeBIT or Hannover Fair, the largest computer expo and industrial trade show in the world.

We described the contest in two publications:

The Challenges Year by Year

Every year, we created a different challenge for the participating students. This way even the more experienced teams had to start from scratch and design, construct, build, and program a new robot every year. This ensured the contests were exciting every single year.

For the very first RoboKing, the robots had to navigate a maze and find the hidden switches that were marked by an infrared beacon. The beacon could be switched into two possible states: „red“ and „green“. Each robot tried to switch as many beacons to its assigned color as possible. In a way, this task resembled a „capture the flag“ typ of game in a maze. 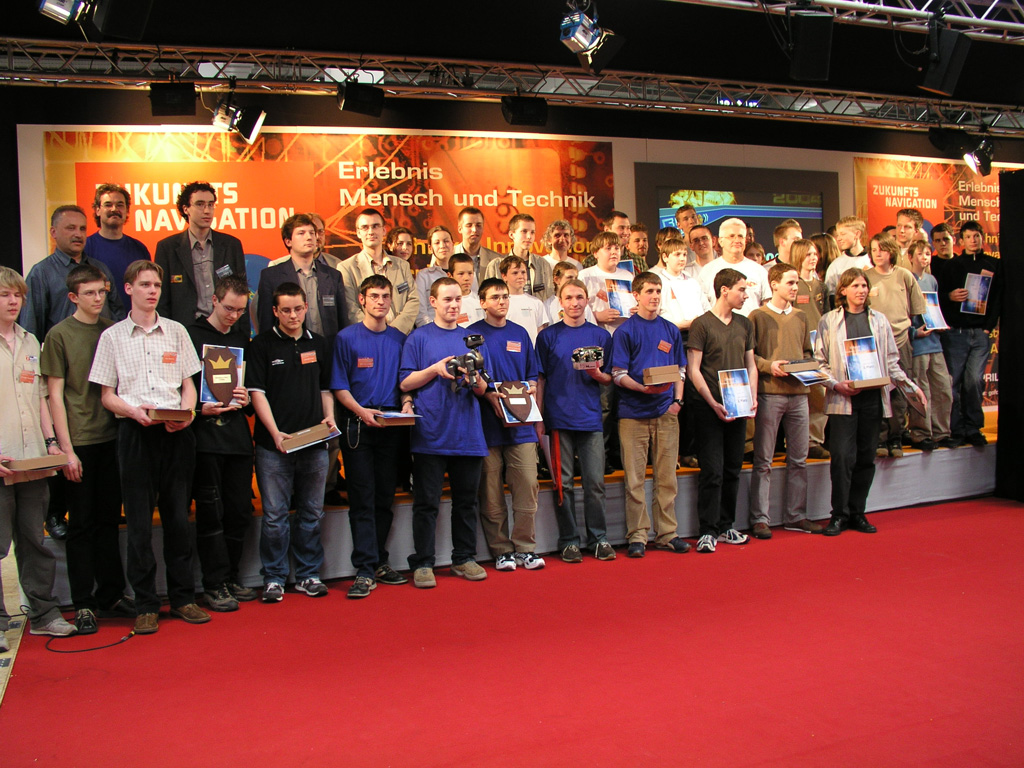 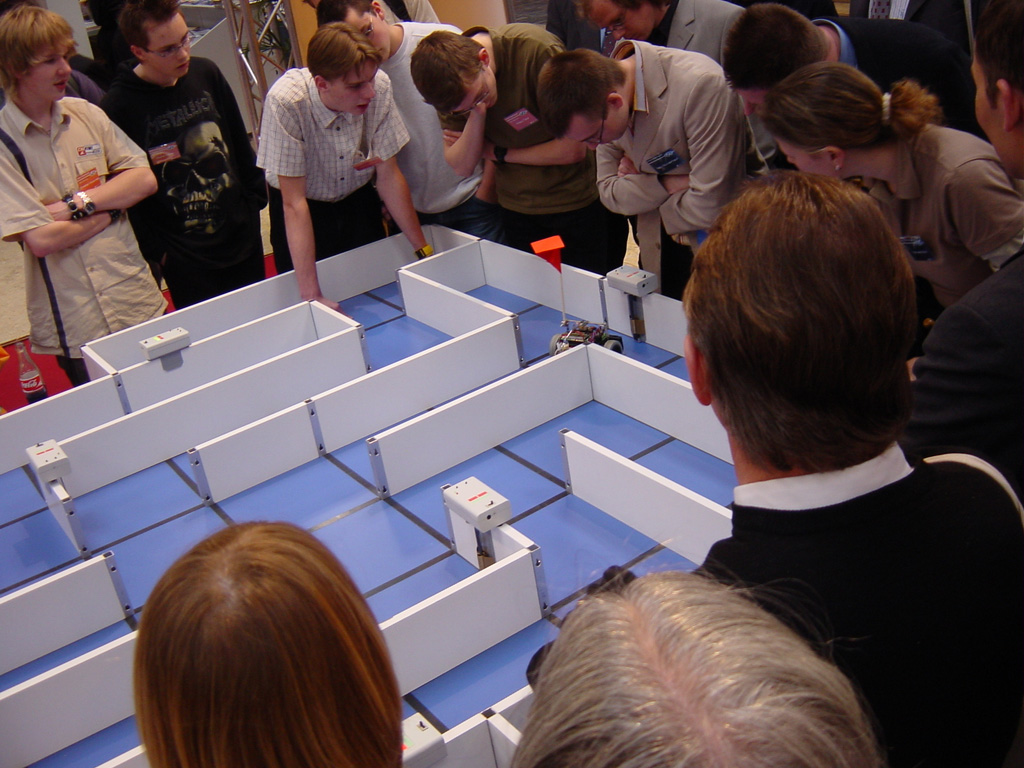 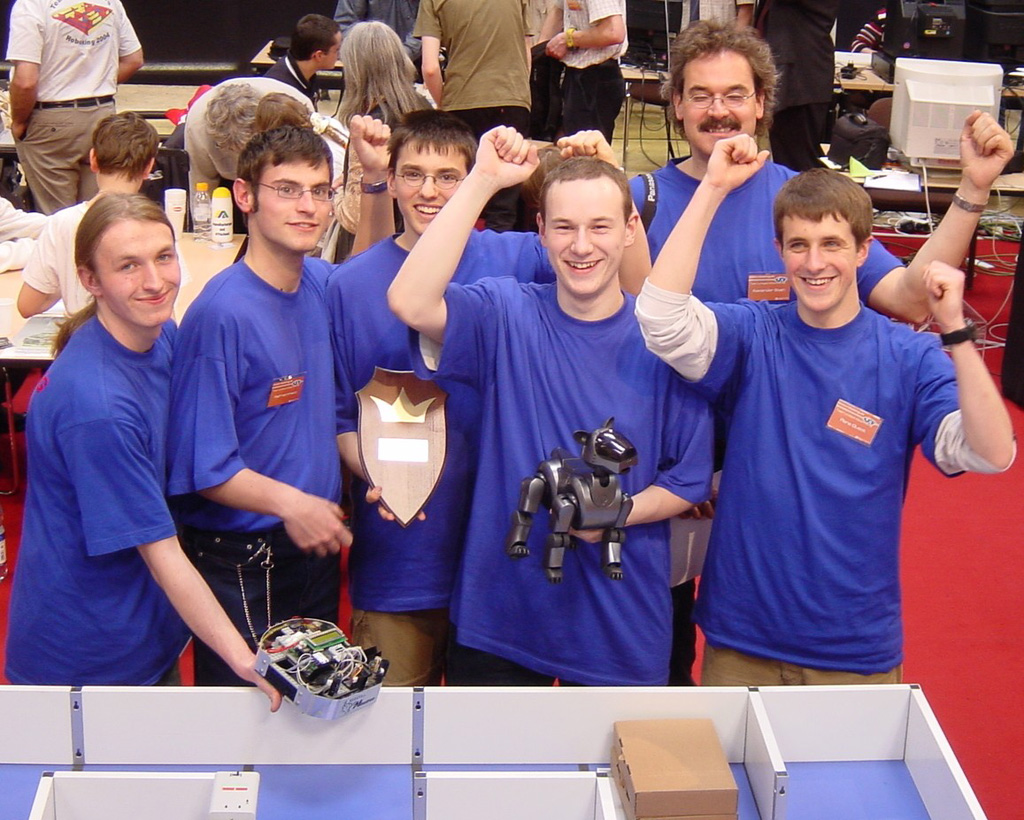 The second RoboKing featured tennis balls that had to be collected and dumped into a base in the corner of the field. The team that could gather and dump most tennis balls would win the game. But beware! If your opponent dares to drive into the forest, they can activate a switch that empties your base! 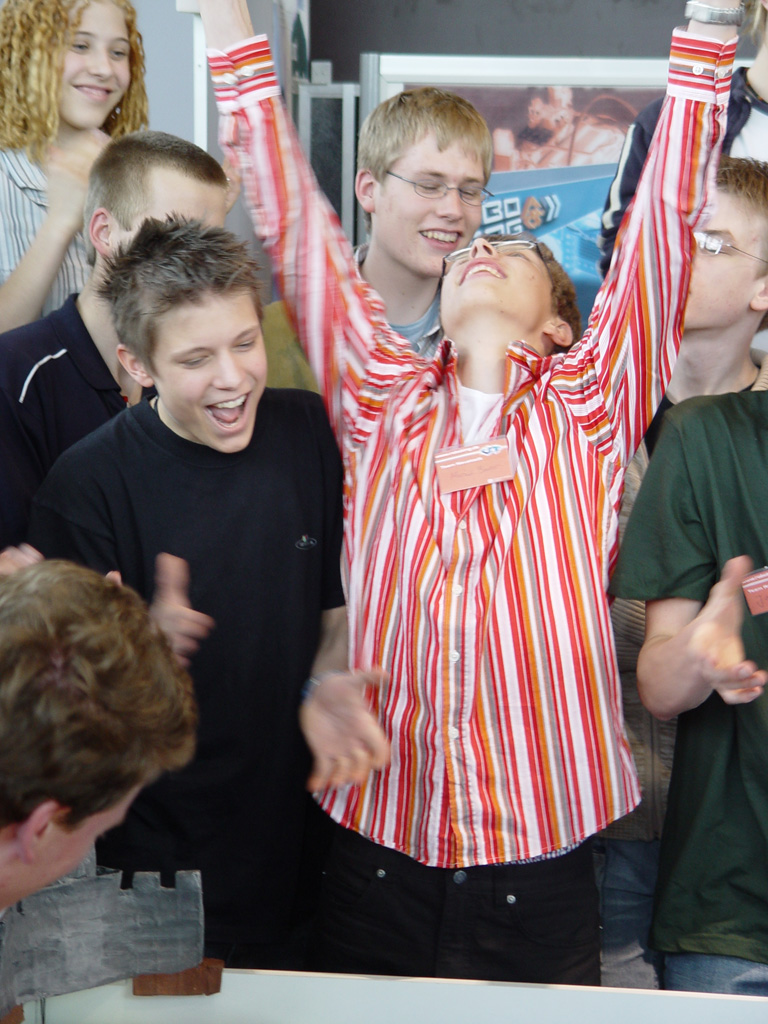 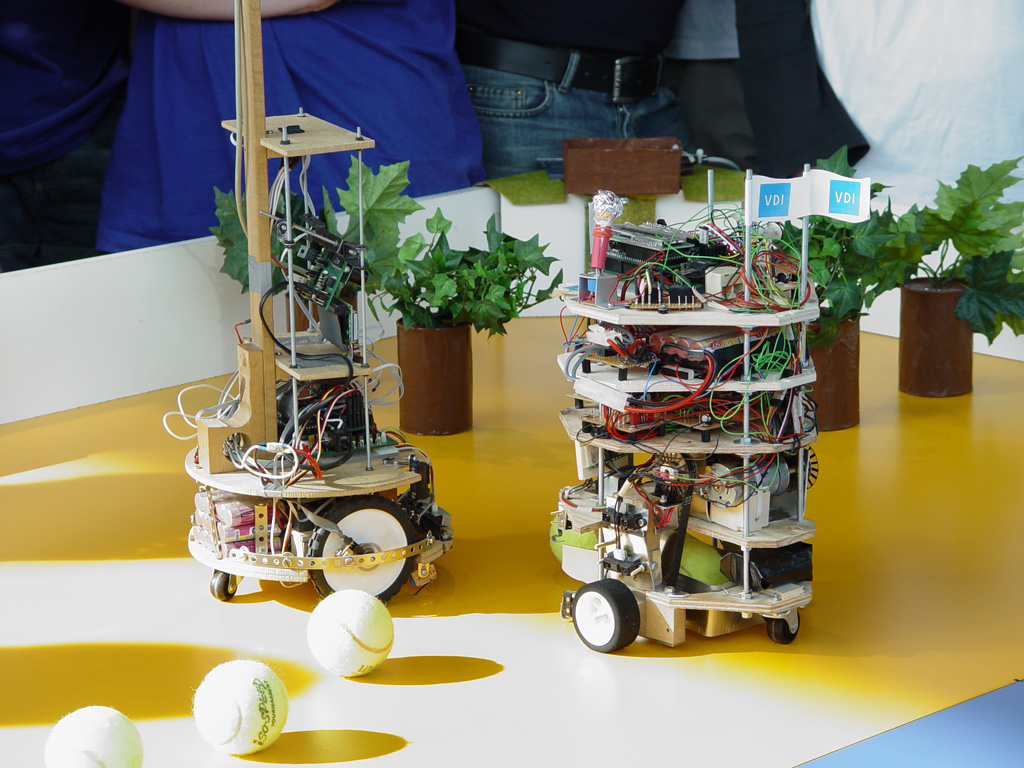 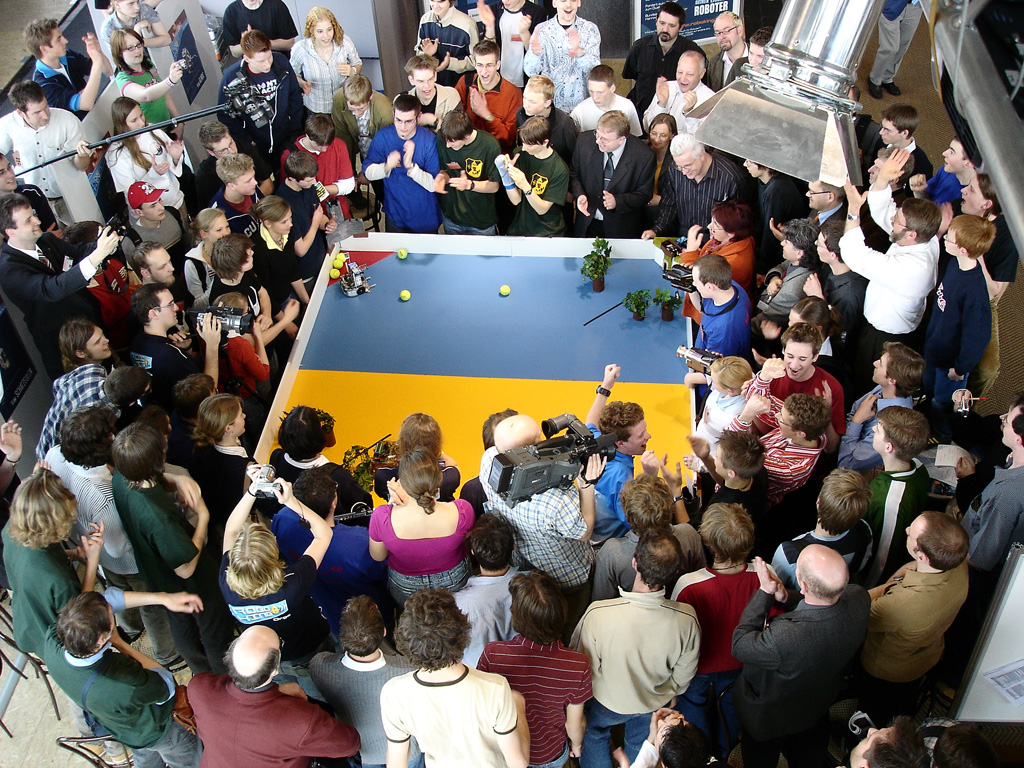 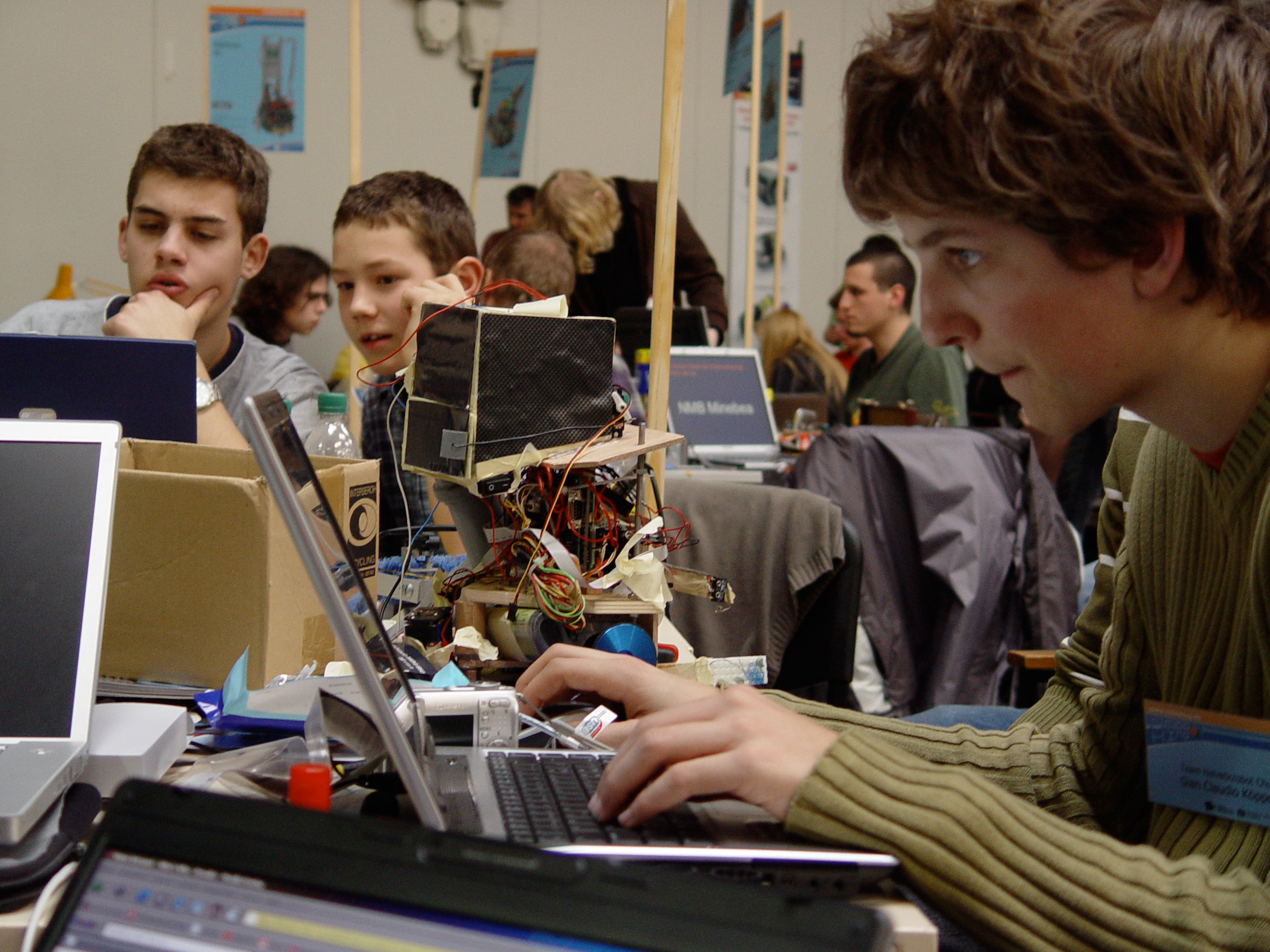 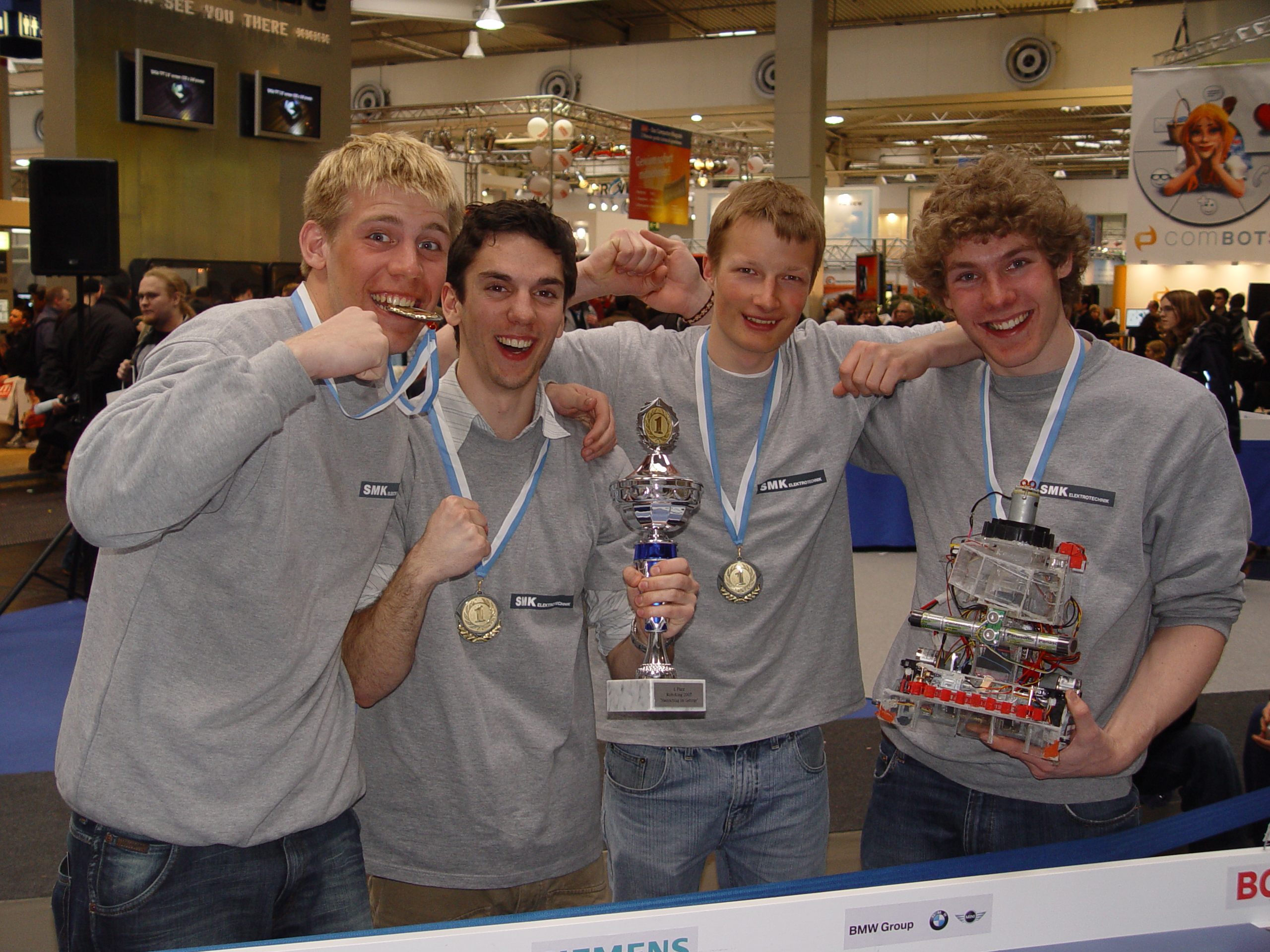 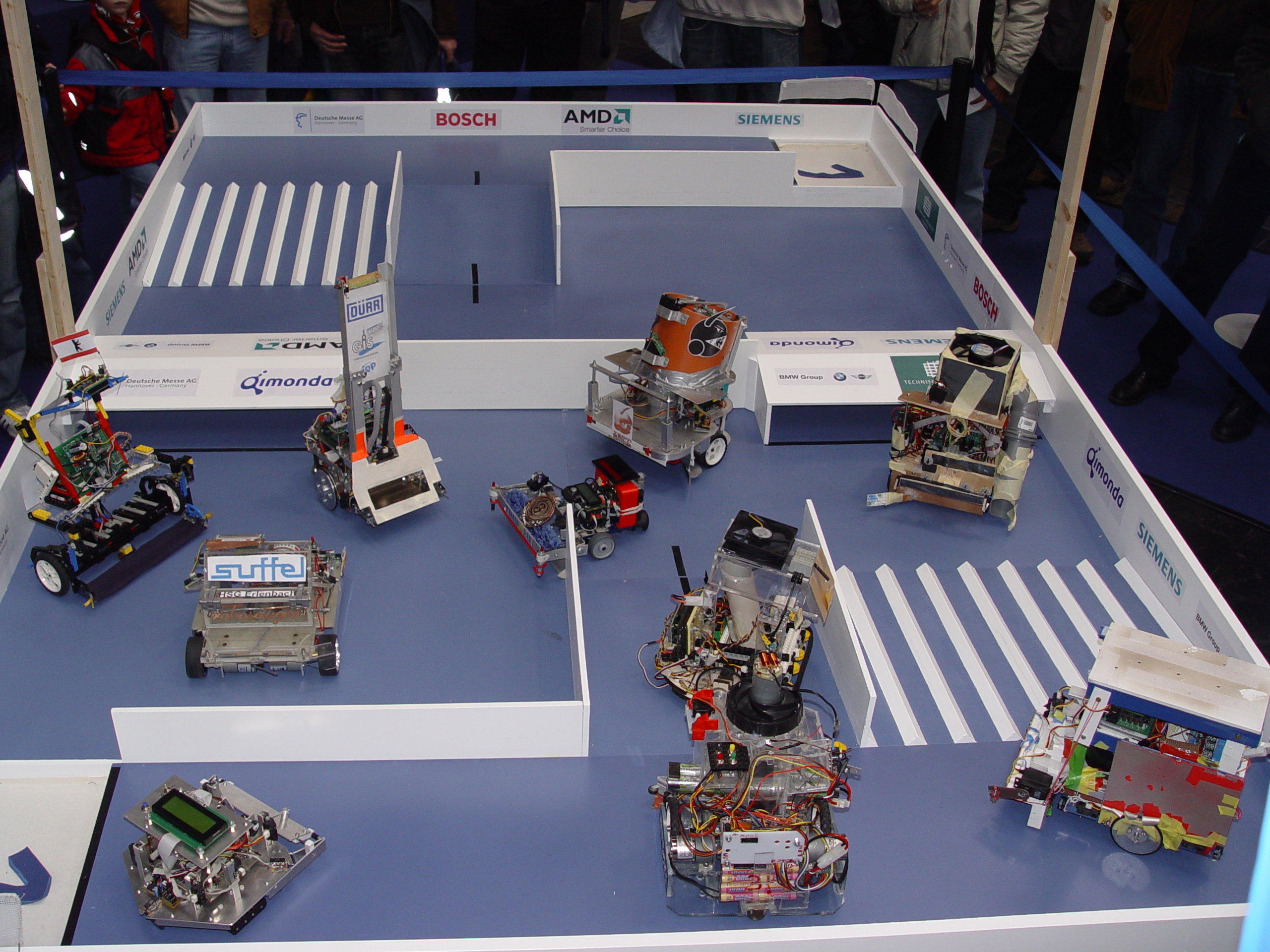 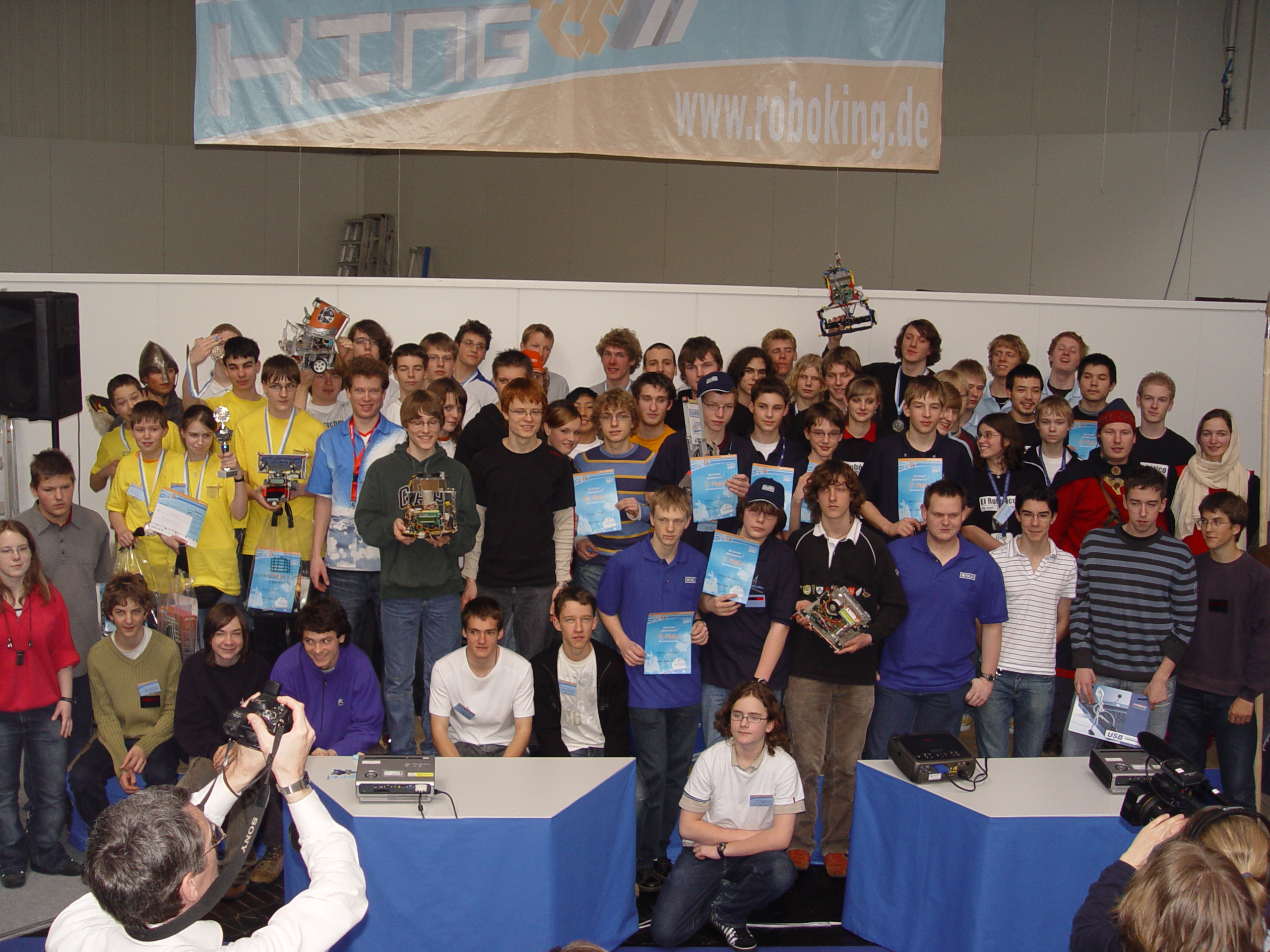 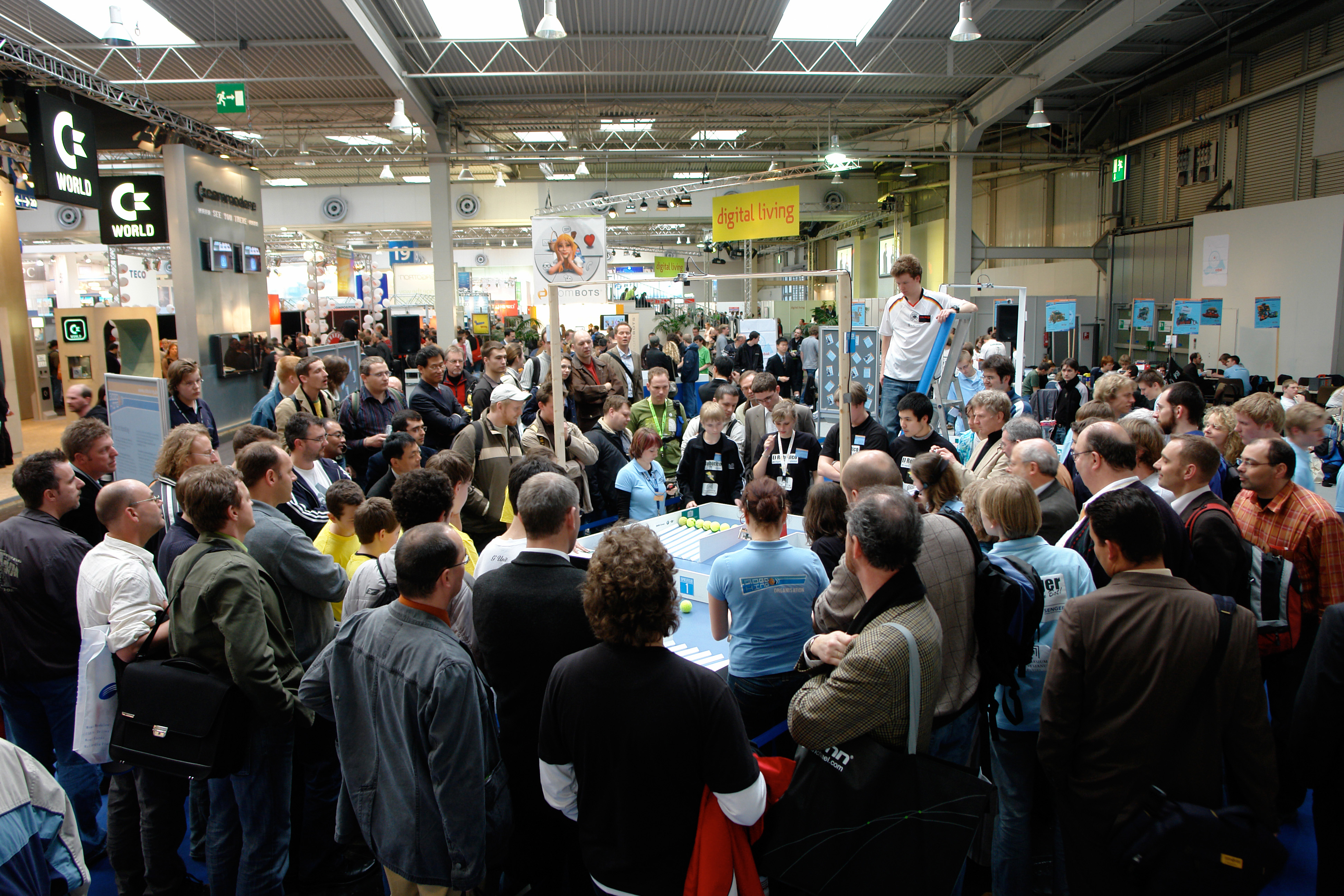 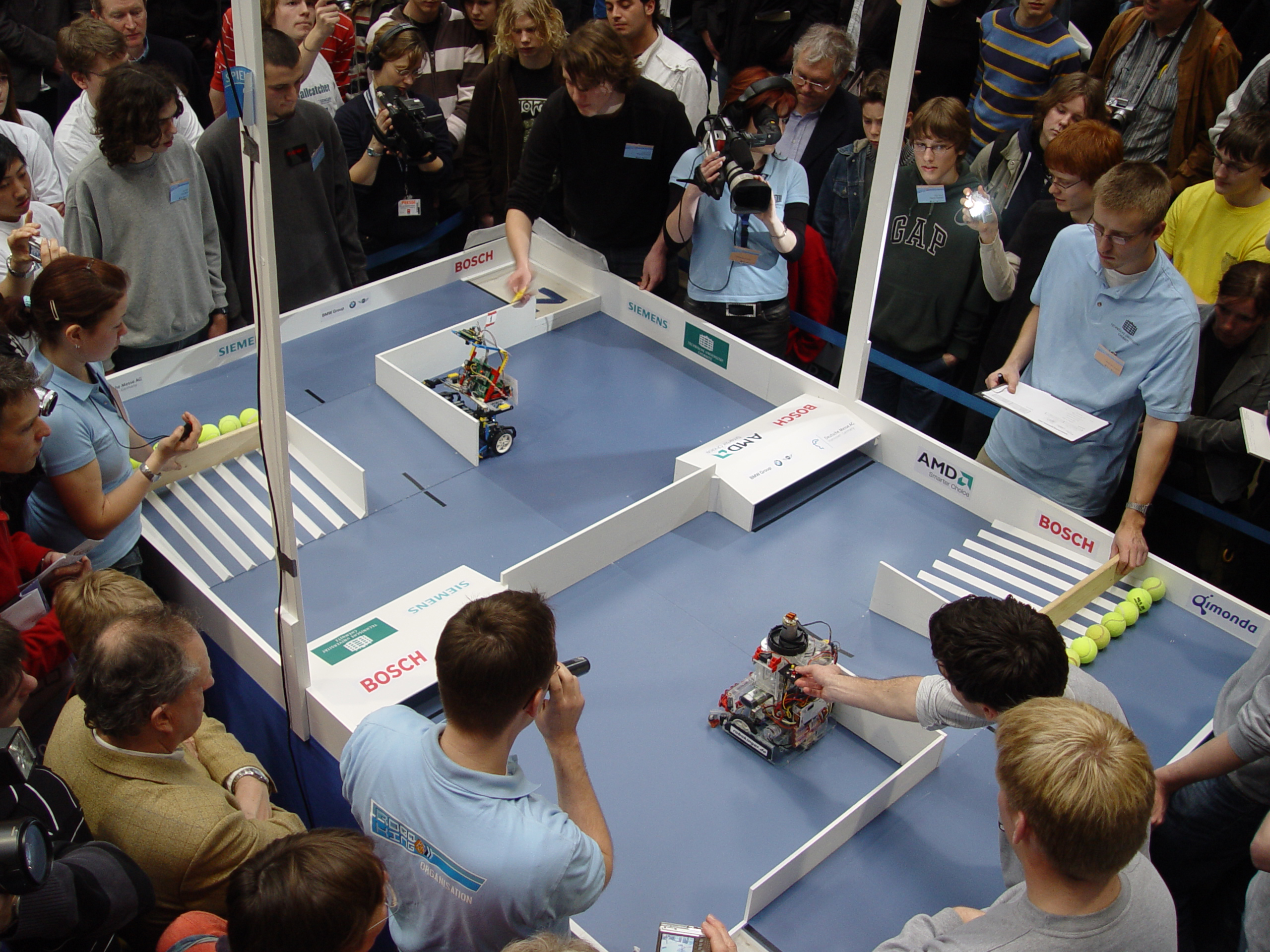 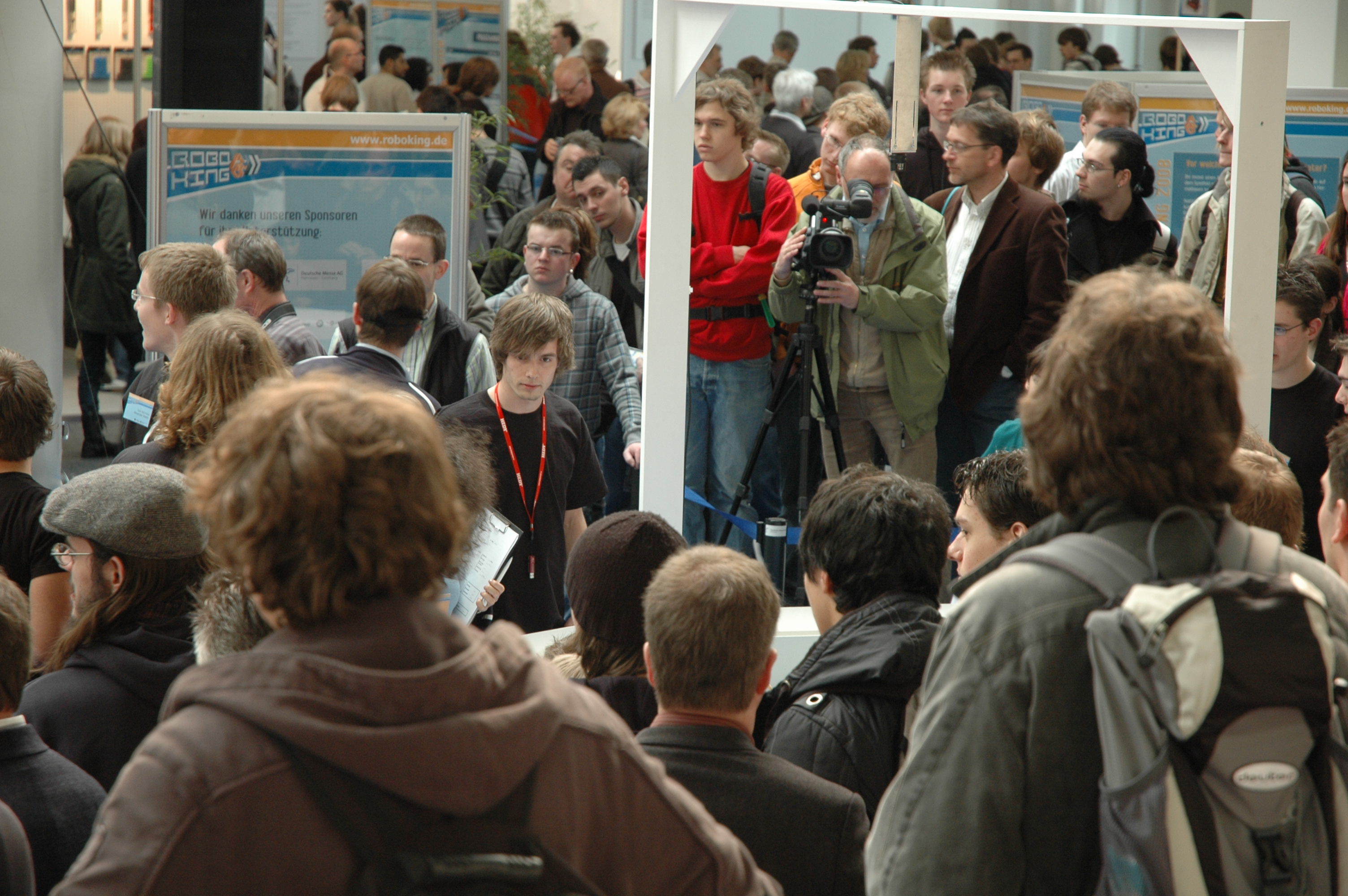 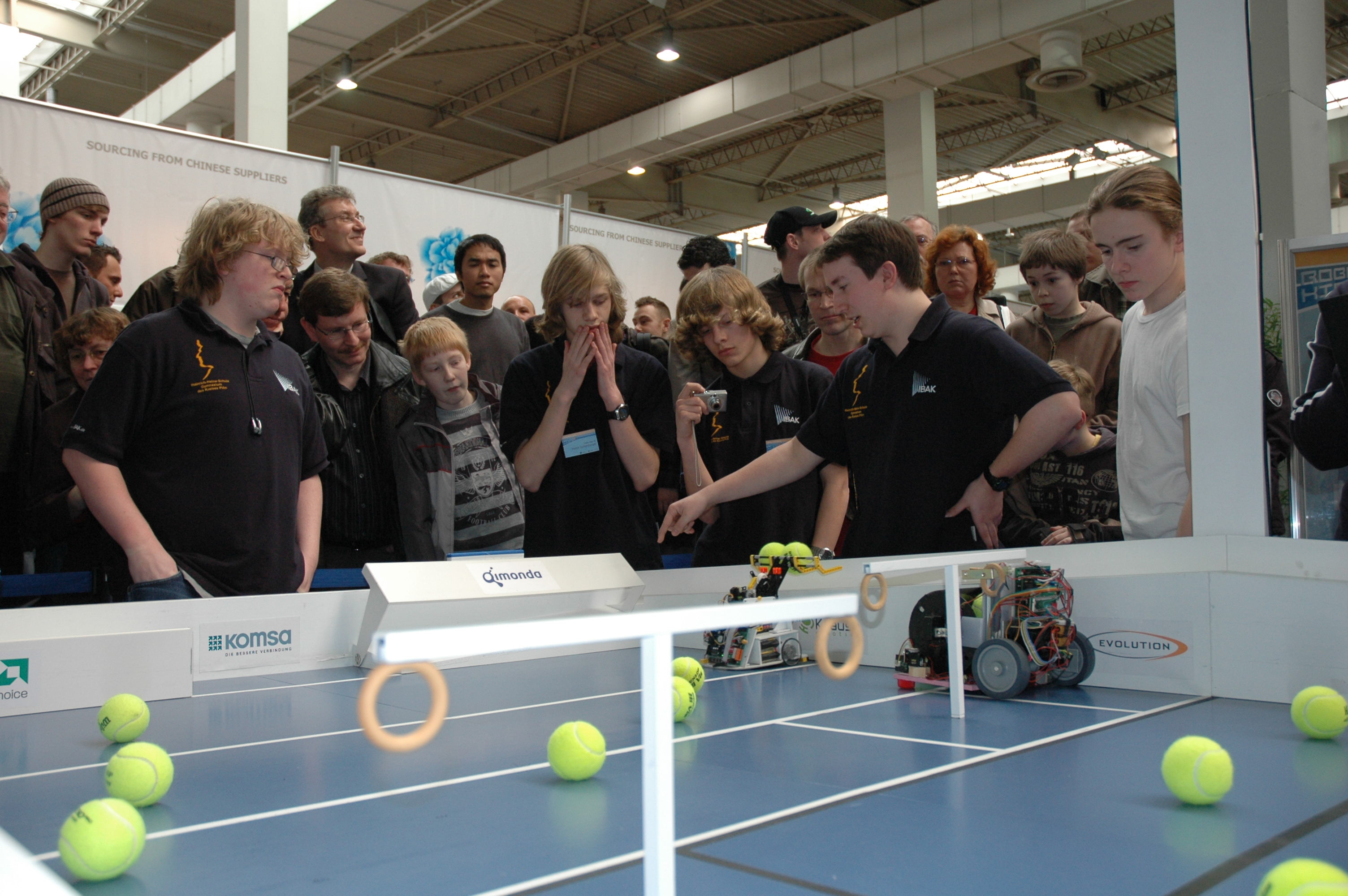 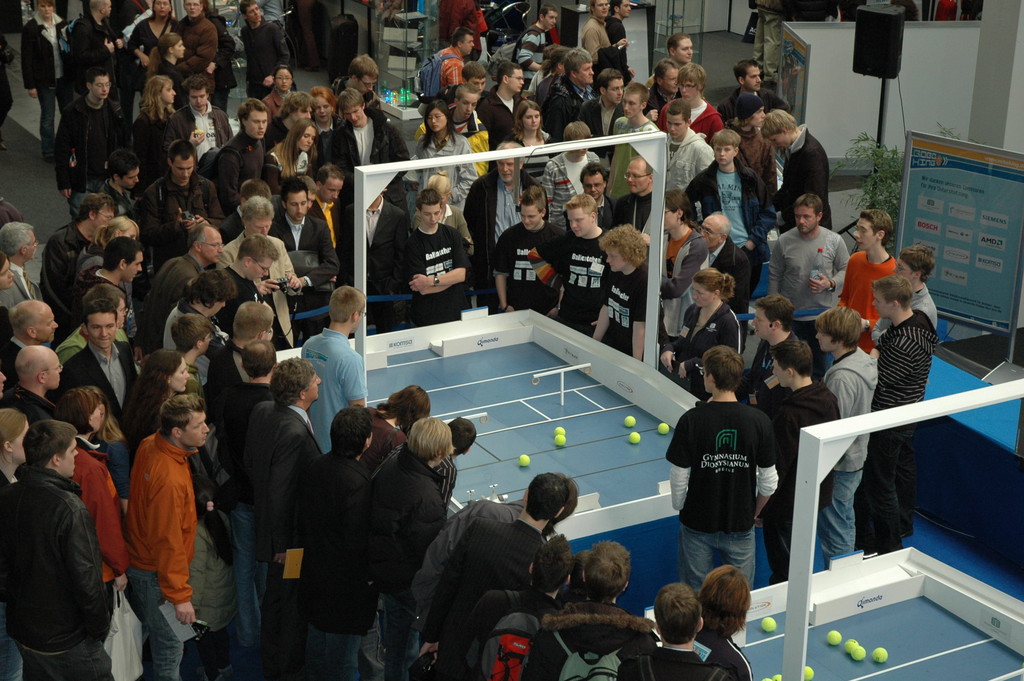 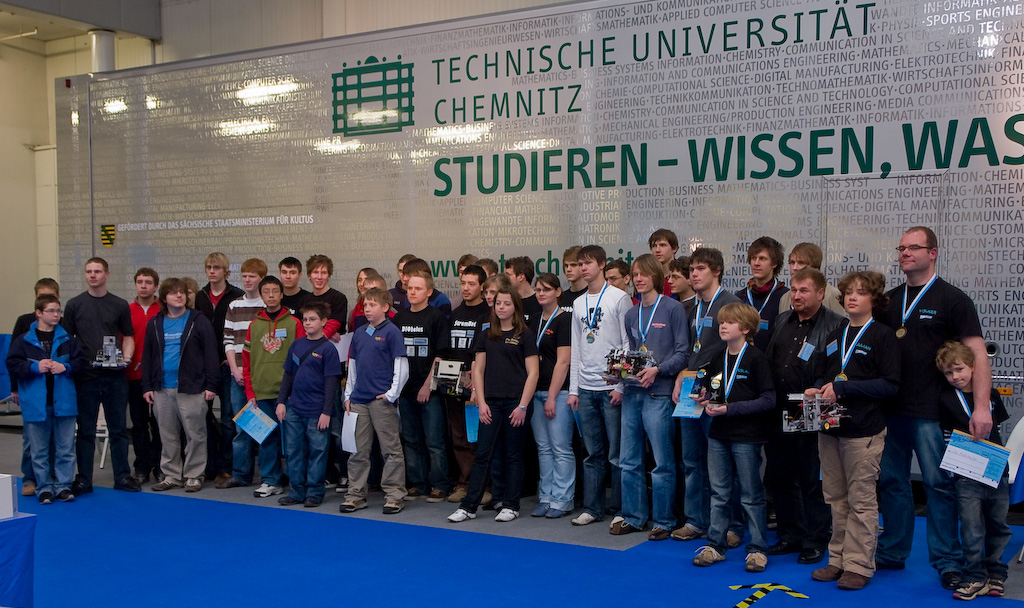 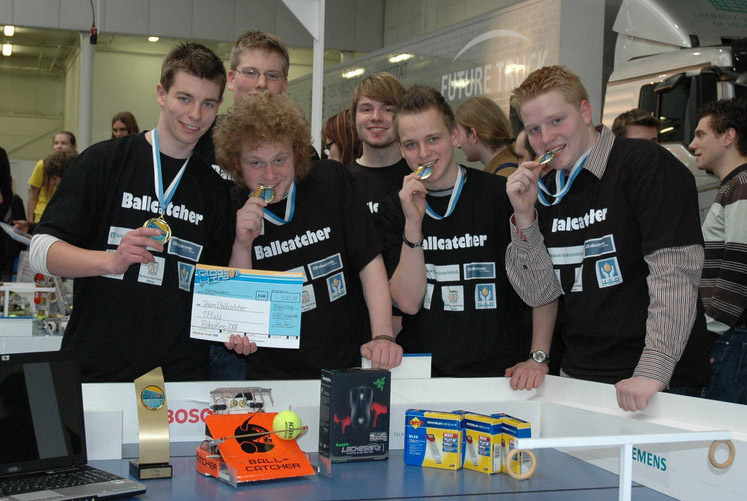